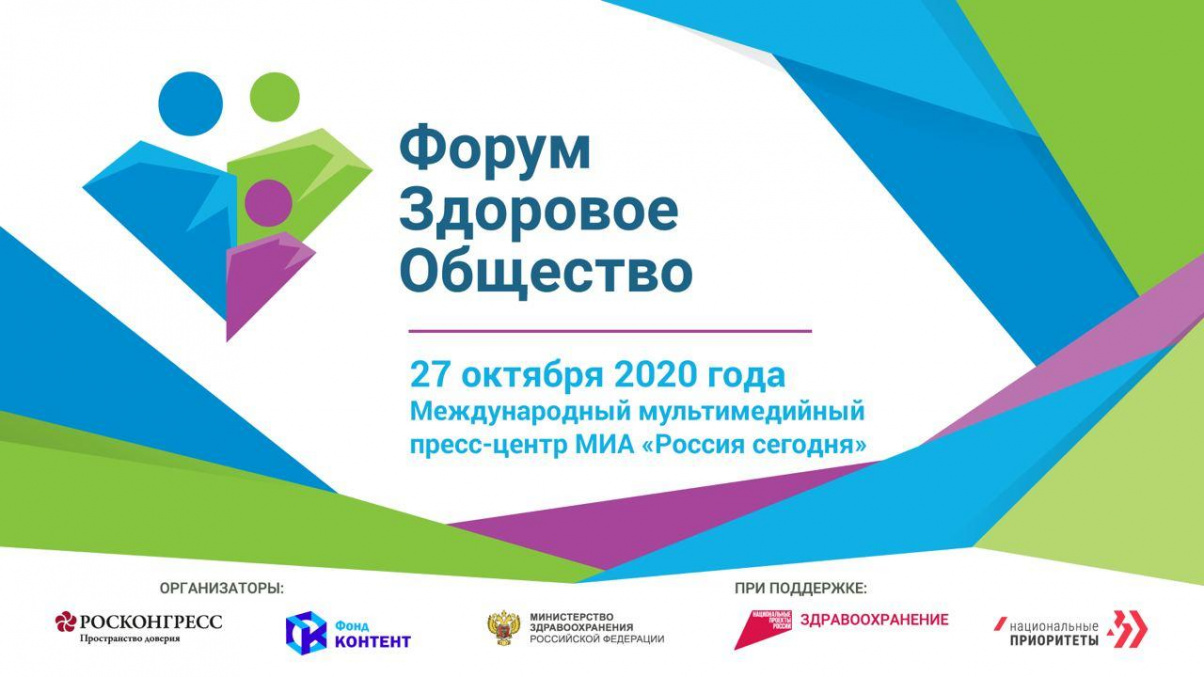 The Healthy Life Forum is the main event to take place under the Roscongress Foundation’s Healthy Life social project. The project was established with the aim of identifying practical proposals to improve healthcare and implement national projects which seek to increase life expectancy in Russia.

This year’s Forum will focus on the development and production of COVID-19 vaccines and the modernization of the healthcare personnel system. The most significant areas of government responsibility in healthcare will also come under the spotlight. These include tackling diabetes, preventing and reducing cardiovascular diseases and the impact they have, reducing cancer mortality, fighting the spread of HIV, increasing life expectancy in Russia to 78 by 2030, ensuring natural population growth in the country, and more.

The Healthy Life Forum brings together representatives of federal and regional government bodies, key figures from the medical community, members of various unions and associations, and renowned experts in the field.

Business program of the Forum:

All detailed information is presented on the Forum website https://forumhealth.ru

https://www.novonordisk.com/
Novo Nordisk is a global healthcare company with more than 95 years of innovation and leadership in diabetes care. This heritage has given us experience and capabilities that also enable us to help people defeat other serious chronic conditions: rare bleeding disorders, growth hormone-related disorders, and obesity. We aspire to take initiative in every of these therapeutic areas and drive the change.


Headquartered in Denmark, Novo Nordisk employs approximately 43, 200 people and markets its products in more than 170 countries. Highly technological modern insulins factory was launched as greenfield production in Kaluga region in 2015. The launch of Novo Nordisk insulin full cycle production was held in 2018. 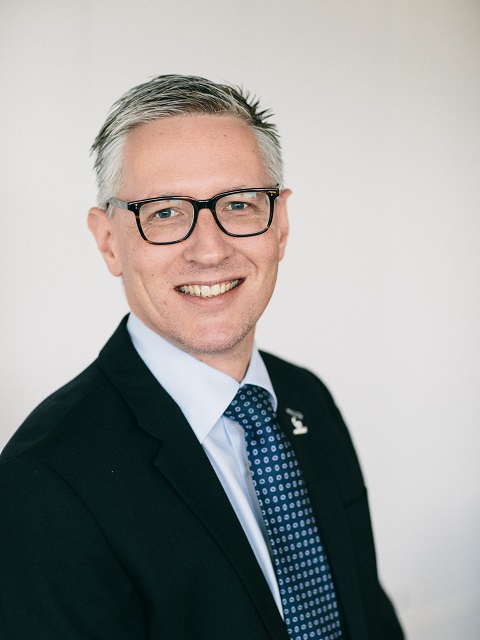 
Mr. Duijf has an extensive and diverse experience of working in Novo Nordisk headquarters and regional branches in Europe, South-East Asia and Latin America. Mr. Duijf began his career within Novo Nordisk more than 20 years ago in sales and marketing. Over the years Mr. Duijf proved himself as an effective manager in positions such as Marketing Director, Business development Director, General Director and Vice President.
https://www.merck.com

For more than 125 years, Merck, known as MSD outside of the United States and Canada, has been inventing for life, bringing forward medicines and vaccines for many of the world’s most challenging diseases in pursuit of our mission to save and improve lives. We demonstrate our commitment to patients and population health by increasing access to health care through far-reaching policies, programs and partnerships. Today, Merck continues to be at the forefront of research to prevent and treat diseases that threaten people and animals – including cancer, infectious diseases such as HIV and Ebola, and emerging animal diseases – as we aspire to be the premier research-intensive biopharmaceutical company in the world.  For more information, visit www.merck.com and connect with us on Twitter, Facebook, Instagram, YouTube and LinkedIn. 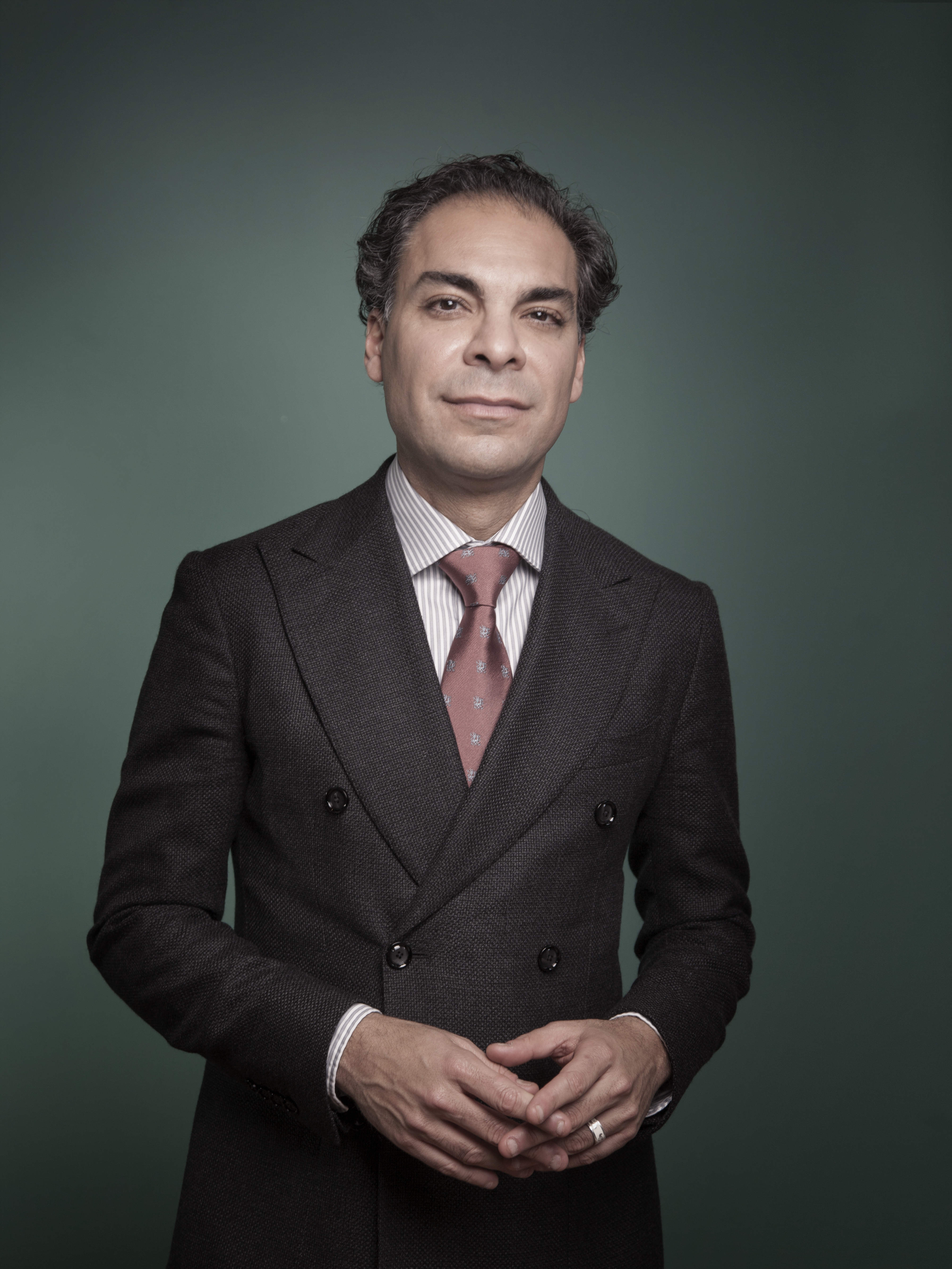 Marwan Akar has been working as Managing Director of MSD Pharmaceuticals since 2017. In this position, he is responsible for MSD (Merck Sharp & Dohme) operations in Russia.

Mr. Akar has been with the company for more than 20 years. Prior to his appointment to Russia, he was Chief of Staff to the President of MSD Emerging Markets Region. In this position, Mr. Akar was responsible for developing and implementing the company's strategic projects in the countries of the Asia-Pacific Region (excluding China and Japan), Latin America (including Brazil), Eastern Europe, the Middle East and Africa.

Prior to this, Mr. Akar worked as Managing Director of MSD in Egypt. His work in this position resulted in increase in organizational efficiency and the growth of the company's business in key therapeutic areas.

In 2008, Mr. Akar was appointed as Head of Operations, MSD in EEMEA (the Eastern Europe, Middle East and Africa) & EUCAN (Europe and Canada). In this position, he supported strategic business development projects, and was responsible for the partner relationships with local manufacturers, including those in Russia.

Mr. Akar began his career at MSD as a production process engineer. As he progressed, Mr. Akar held various positions with increasing responsibilities, managed transfer technology projects for the production of vaccines and other drugs, and contributed to the increase of the production capacity of MSD and partner companies around the world.

GSK is a science-led global healthcare company with a special purpose – to help people do more, feel better, live longer. Being headquartered in the UK GSK operates in more than 150 countries and has 3 global businesses that discover, develop and manufacture innovative pharmaceutical medicines, vaccines and consumer healthcare products. Around 100 000 employees work for GSK around the world with more than 16,000 people working in R&D.

More than 100 GSK prescription drugs are registered in Russia, which are used for the treatment of respiratory diseases, infectious diseases, including HIV infection, diseases of the central nervous system, as well as in the field of urology, immunology, rheumatology, dermatology and in vaccine procurement. GSK is one of the industry leaders in terms of investment in R&D in Russia. 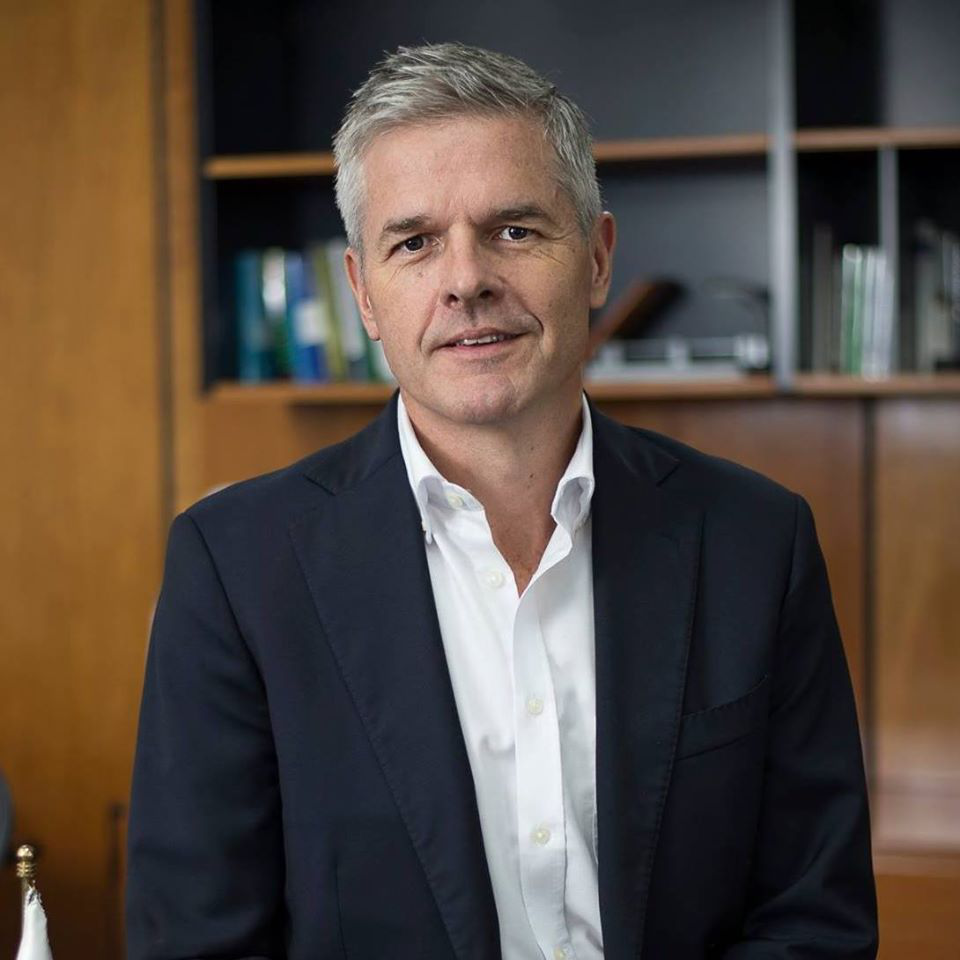 In his role, Sean is responsible for leading Russia's growth agenda across CEP, Respiratory, HIV, Vaccines, and Oncology. He will continue working on "Firebird", Russia accelerated development program, which aims to triple GSK business growth in Russia.

Sean was born in Ireland.

At 22 he moved to Colombia and began working in the pharmaceutical industry as a Medical representative. Later Sean held various positions in sales and marketing. Having worked for GSK for 24 years, Sean has strong experience and expertise in pharmaceutical industry. 14 years ago he was appointed to the position of General Manager GSK Colombia.

Sean is married with two children.

At Johnson & Johnson, we believe good health is the foundation of vibrant lives, thriving communities and forward progress. That’s why for more than 130 years, we have aimed to keep people well at every age and every stage of life. Today, as the world’s largest and most broadly based healthcare company, we are committed to using our reach and size for good. We strive to improve access and affordability, create healthier communities, and put a healthy mind, body and environment within reach of everyone, everywhere. We are blending heart, science and ingenuity to profoundly change the trajectory of health for humanity. 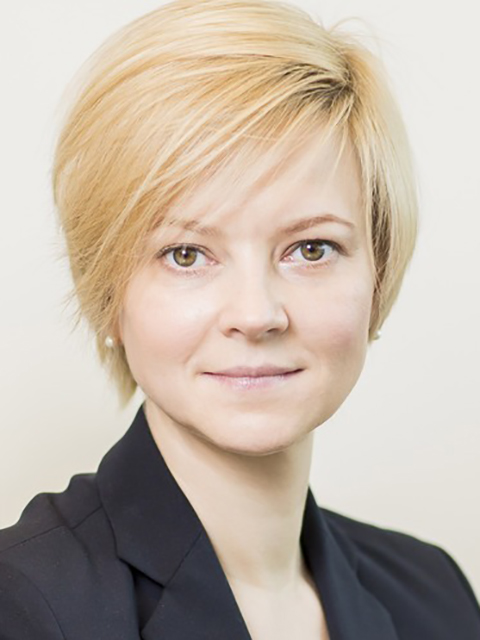 Started her career with Johnson & Johnson back in 2001. Throughout her 18-year career in the company, Katerina held various positions of increasing level of responsibility in sales, marketing, quality and market access departments, and consistently demonstrated integrity and strong results. Katerina has been a member of Janssen Russia board of directors since 2010 and was appointed Country Manager Russia in 2015; she was promoted to the position of Managing Director Janssen Russia & CIS in 2017. In April 2019 she was appointed Director General Johnson & Johnson LLC.

Making new and better medicines for humans and animals is at the heart of what we do. Our mission is to create breakthrough therapies that change lives. Since its founding in 1885, Boehringer Ingelheim is independent and family-owned. We have the freedom to pursue our long-term vision, looking ahead to identify the health challenges of the future and targeting those areas of need where we can do the most good.

As a world-leading, research-driven pharmaceutical company, more than 51,000 employees create value through innovation daily for our three business areas: Human Pharma, Animal Health, and Biopharmaceutical Contract Manufacturing. In 2019, Boehringer Ingelheim achieved net sales of 19 billion euros. Our significant investment of almost 3.5 billion euros in R&D drives innovation, enabling the next generation of medicines that save lives and improve quality of life.

We realize more scientific opportunities by embracing the power of partnership and diversity of experts across the life-science community. By working together, we accelerate the delivery of the next medical breakthrough that will transform the lives of patients now, and in generations to come. 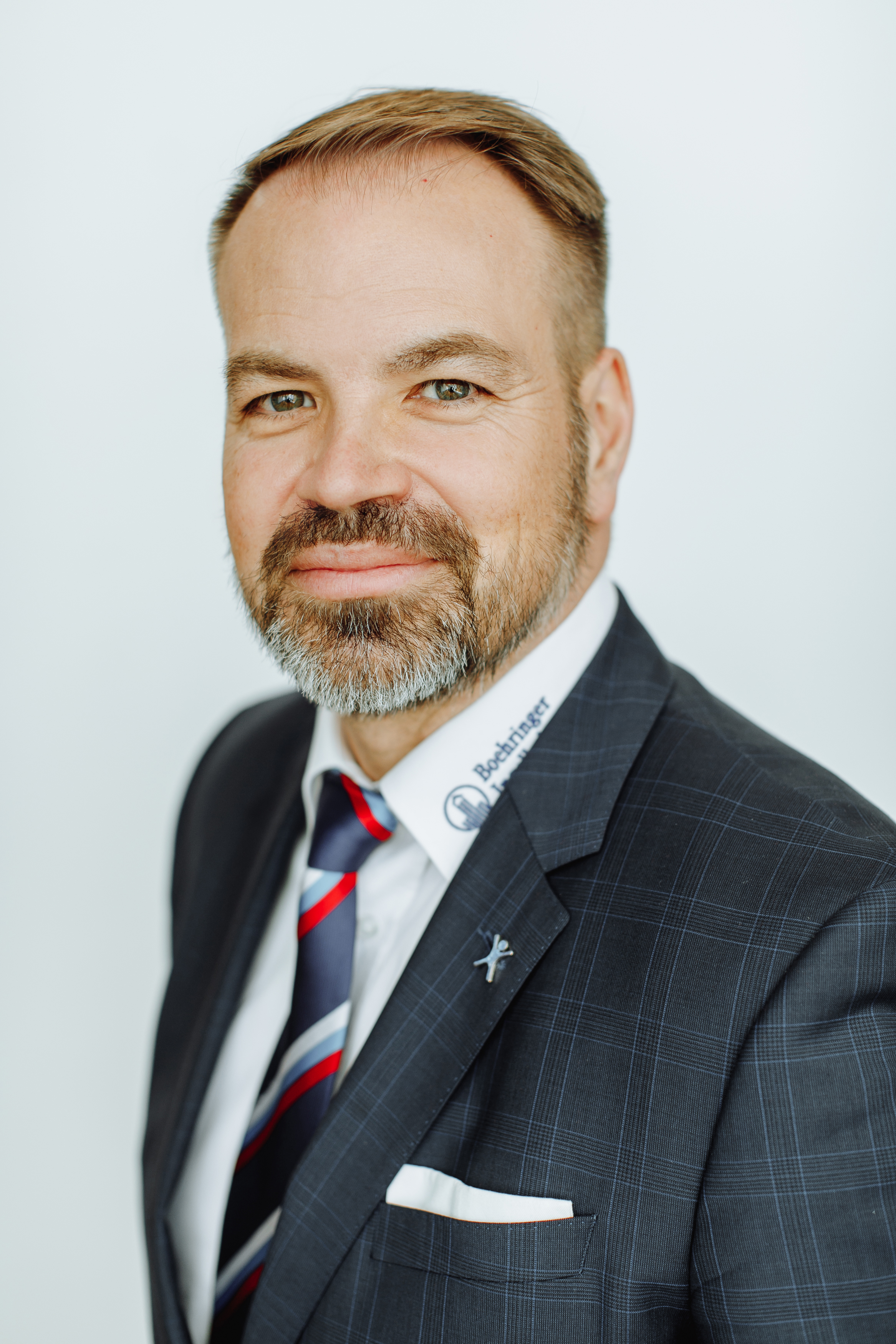 Oliver Koehncke graduated from the Faculty of Political Science at the University of Economics in Budapest. He holds a master degree of international relations and Macroeconomics from the University of Potsdam – specialized in Eastern Europe. He is fluent in English, Hungarian, Russian, Ukrainian and Polish. He is passionate about long-distance swimming and military history.

·        Member of the Board of Employers’ Union of Innovating Pharmaceutical Companies INFARMA - he served as Vice President of the Management Board, Treasurer and Chairman of the Supervisory Board