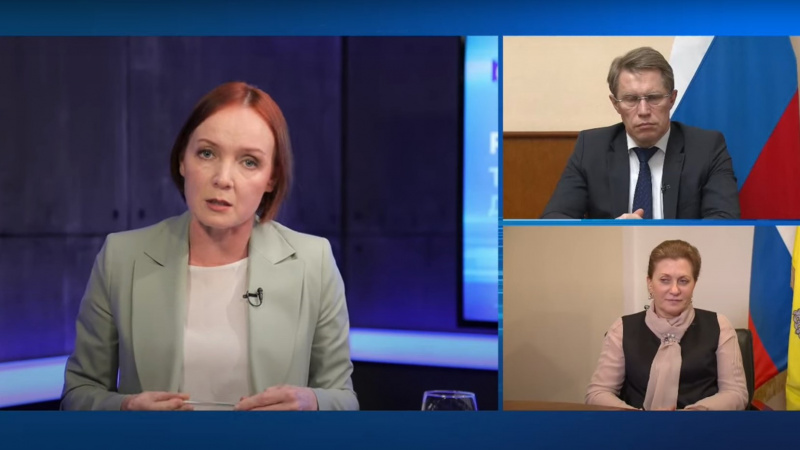 Understanding and defeating. Strategies for testing and treatment of the coronavirus were discussed in Moscow

«Understanding and Defeating COVID-19: Diagnostic Tactics and Access to Medical Care» round table was organized by the Roscongress Foundation and the Content Foundation for the Development of Expert and Analytical Activity.

«Understanding and Defeating COVID-19: Diagnostic Tactics and Access to Medical Care» round table took place on May, 1 in Moscow. The event was broadcast live on «Russia 24» television channel, TASS news agency website and «Future of Russia. National Projects» portal, as well as on «Vesti.ru» portal and on «Doctor» television channel. The event was organized by the Roscongress Foundation and the Content Foundation for the Development of Expert and Analytical Activity.

The event participants list included Mikhail Murashko, the Minister of Health of the Russian Federation; Anna Popova, Head of the Federal Service for Surveillance on Consumer Rights Protection and Human Wellbeing- Chief State Sanitary Phycisian of the Russian Federation; Melita Vujnovich, representative of the World Health Organization in the Russian Federation; Vladimir Chekhonin, Vice President of the Russian Academy of Sciences; Valentin Sinitsyn, Head of the Department of Radiology of the Lomonosov Moscow State University Faculty of Fundamental Medicine; Patrick Sinitsyn, President of the Russian Society of Radiologists and Radiologists; Patrick Brennan Professor of the Faculty of Health Sciences at The University of Sydney; Andrea Laghi, Professor of the Department of Surgical and Medical Sciences and Translational Medicine of Sapienza University in Rome; Johan DE MEY, Head of the Department of Radiology of University Hospital Brussels; Maurizio Cecconi, President Elect of the European Society of Intensive Care Medicine; Nina Kandelaki, President and CEO of GE Healthcare in Russia and the CIS. Evelina Zakamskaya, Editor-in-Chief of Doctor TV channel and Anchor of Russia 24 was the host of event.